Evaporation using Thermo-siphon principle that avoids the use of a mechanical pump. 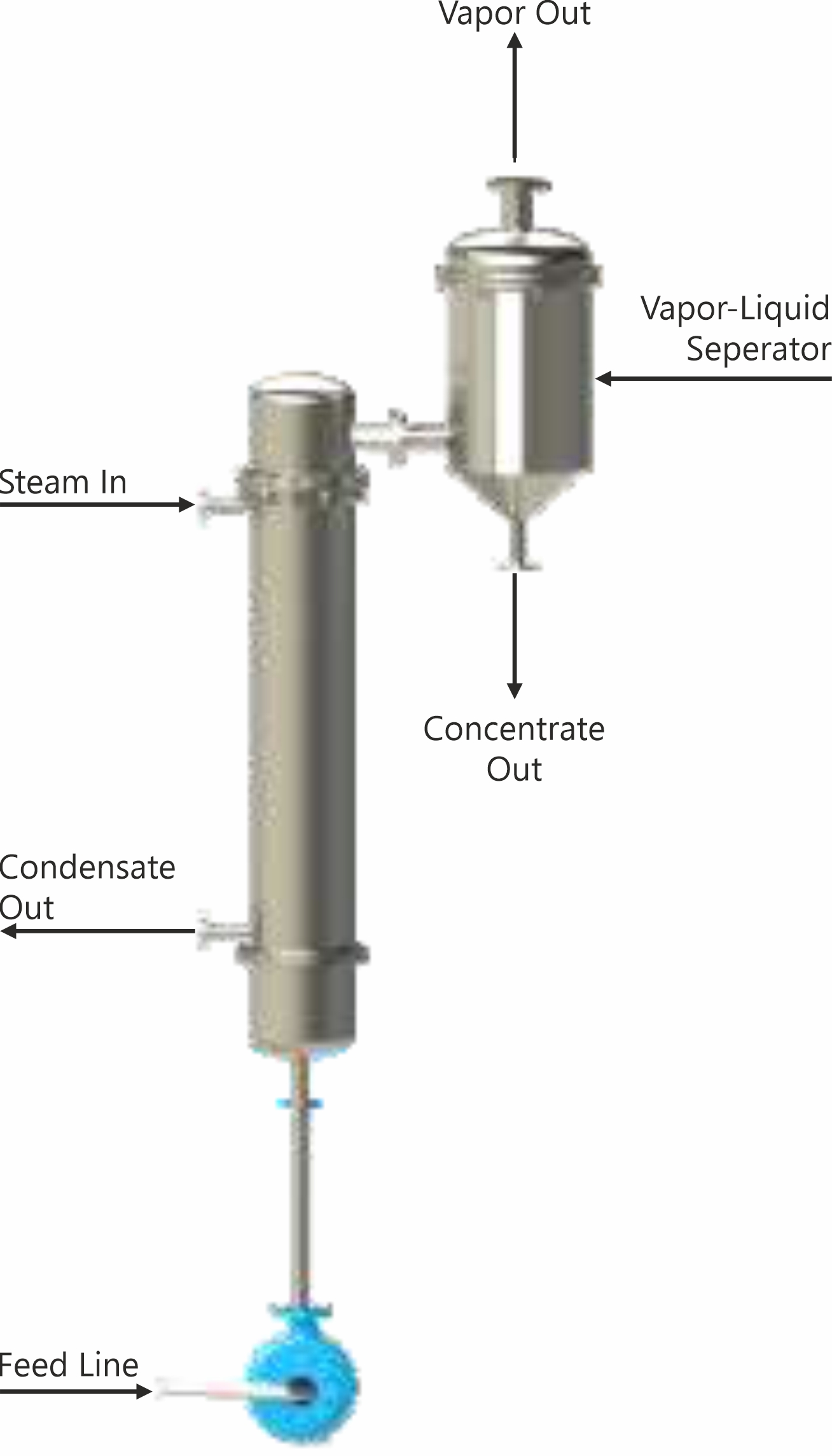 Rising Film Evaporators (RFE) are supposedly special class of evaporators, were vaporisation occurs in the heating tubes and a separator called evaporator body is used to separate vapour and liquid. The heat exchanger is mounted vertically with feed introduced at the bottom of the heated tube bundle. The evaporator liquid flows in the upward direction in long tubes in the form of annular or film flow for the substantial portion of the tube length. The water in the evaporator liquid boils as the liquid rises in the tubes and forces the evaporator liquid out of the tubes to the separator. At FABEX our RFE is designed for maximum removal of volatile components leading to lower capital cost.
Principle of Operation: Working of RFE is based on Thermo-Siphon Principle which helps in circulation of the fluid in a natural manner, eliminating the need of a centrifugal pump. The heat exchange is based on natural convection. 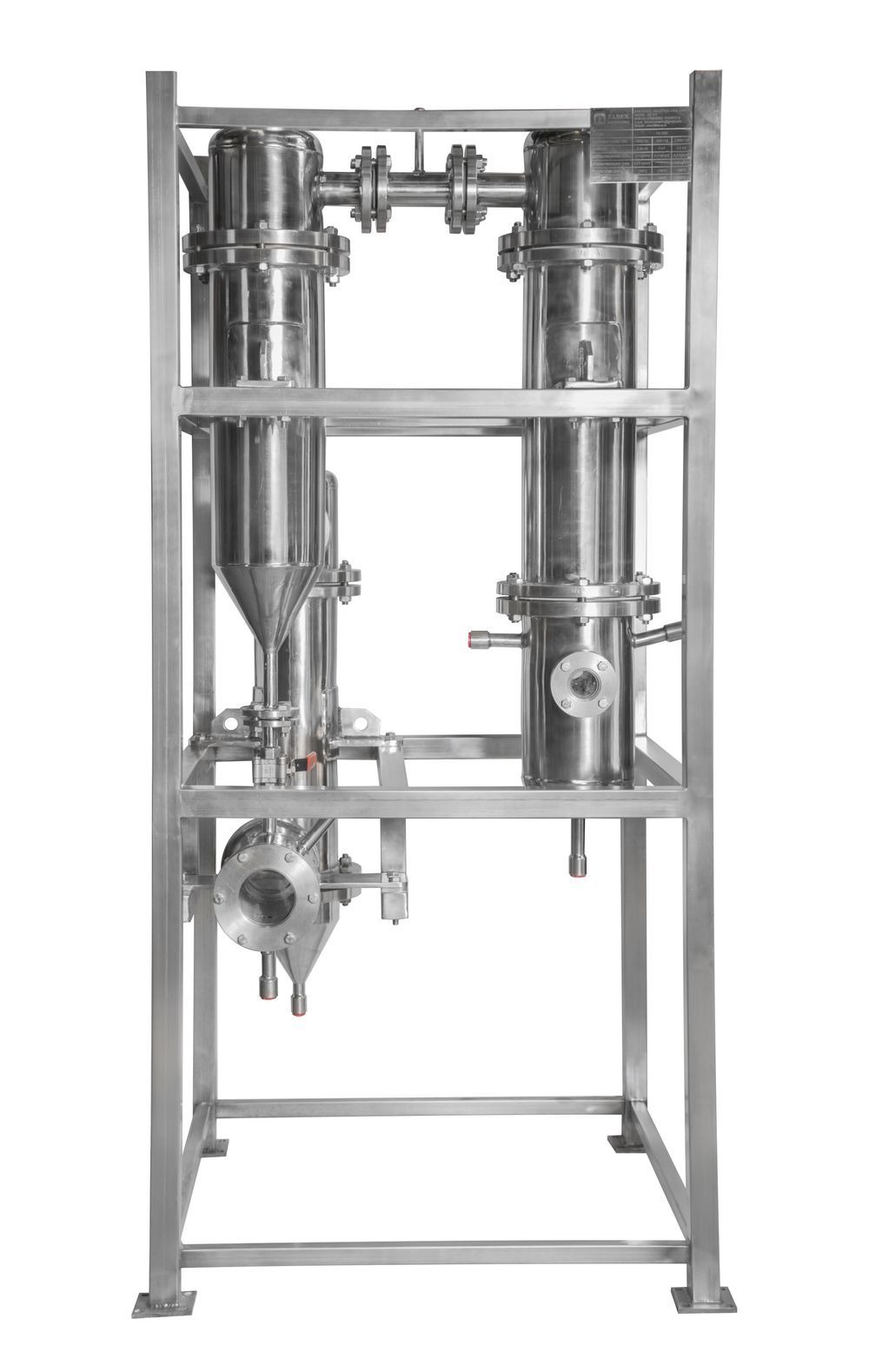 A conductive evaporating technology where the liquid to be evaporated is introduced in the tubes and steam on the shell side. The formation of vapors inside the tubes pushes the liquid towards the periphery by forming a film. The vapours push the liquid on the top and gives a form of rising film. This technology does not require any moving parts or pumps to push the liquid. It can be used for wide range of application including effluent treatment, thermal desalination, food and processing industries, distillation columns and many more.

These operate on “thermo-siphon” principle. Feed enters bottom of the heating tubes and as it heats, vapor begins to form. The ascending force of this vapor produced during the boiling causes liquid and vapors to ﬂow upwards in parallel ﬂow. This co-current upward ﬂow creates drag and hence more vapor formation takes place and the product is pressed as thin ﬁlm on the walls of the tubes.

Our Rising Film Evaporators (RFE) are designed to Remove Most of the Volatile Components Prior to Stripping with lower capital cost.

Special Features
Applications
Working of RFE is based on Thermo-Siphon Principle which helps in circulation of the fluid in a natural manner, eliminating the need of a centrifugal pump. The heat exchange is based on natural convection.